This post gives a brief overview of some of mir-algorithm’s modules, which provide iteration tools allowing convenient and fast processing of multidimensional data. It also presents some examples of usage, to demonstrate how this module can be easily utilized to significantly improve performance of numerical code written in D.

This article assumes the reader has a cursory understanding of the ndslice package. If not, please consult this before returning here.

mir-algorithm is a suite packed with structures and algorithms for multidimensional processing, amongst which are some of the algorithms often seen in functional style programming, such as map, reduce, etc. There is a good amount of such algorithms already implemented in Phobos, D’s standard library, that are being used with great success for some time now. What is special about mir-algorithm’s variant, is that it is integrated seamlessly with rest of the ndslice package, which makes for elegantly flowing processing pipelines.

One key component that makes code based on mir-algorithm blazingly fast, is to compile it with LDC, the LLVM based D compiler[1]. Iteration algorithms in ndslice have been specially tailored to help LDC auto-vectorize computation kernels written by the end user, and also to apply unsafe floating point operations, turned on with @fastmath attribute in LDC. For more info on LDC’s optimization techniques, you can check out this great article by Johan Engelen.

All measuring presented in this post are made using following configuration:

And here are the highlights from benchmarking comparison between before and after these refactorings:

Speedups are massive - average in this set is 676.7%, or if written as multiplier: mean(previous / current) = 7.7x. But as shown below, changes made to the algorithm implementations were trivial. For the complete benchmarking results, please take a look at the pull request implementing these changes.

Disclaimer: Please keep in mind the DCV project is still far too young to be compared against proven computer vision toolkits such as OpenCV. Optimizations done here are showing the power of mir-algorithm, but if you dive into the implementation of these algorithms, you’ll notice most of them are implemented naively, without extensive optimizations. A future post will focus on separable filtering, followed by cache locality improvement.

We’d like to show few examples of mir-algorithm, but first let’s take a look at the basic principle of replacing loop-based code with pipelines efficiently. And later on we’ll see how it can be used in a bit more complex algorithms.

So, let’s first examine the basic principle of utilizing iteration algorithms. This principle is also the basis of that DCV refactoring we’ve mentioned. Say we have following code, written plainly in C-style loops:

So, instead of writing a function over the whole image, we could utilize each to apply the given kernel function to each pixel. As said in the docs, each iterates eagerly over the data. If processing should be rather evaluated lazily, we could utilize map.

To make the example more concrete, let’s examine how we would implement classic image convolution with these algorithms. We’ll write classic, C-style implementation, and its analogue with mir-algorithm. We will wrap both variants with @fastmath attribute, to be as fair as possible. Here is the most trivial C-style implementation:

Now let’s examine how this would be implemented using mir-algorithm:

As it is previously noted, map is evaluated lazily. At the end of the convAlgorithm function, we are evaluating the mapping function to the data, and assigning resulting values to the output buffer. If instead we had needed lazy evaluated convolution, we could have just returned mapping value from the function, so we could evaluate it lazily afterwards.

Complete benchmark source is located in the Mir benchmark section. Let’s compile this program, and make a comparison:

So, for as little effort as this, we get ~10x speedup! And hopefully many would agree that the variant written with mir-algorithm is much cleaner and less error prone!

D offers two ways to zip multiple ranges: zip and lockstep. Both of these functions provide easy-to-use syntax and are very useful for common usage. Unfortunately, those are not so performance rewarding for multidimensional processing with ndslice. Instead, mir.ndslice.topology.zip should be used. This function zips two slices of the same structure (shape and strides). It offers same dimension-wise range interface as Slice does (and by that is compatible with the rest of the mir-algorithm), and can perform faster than general purpose utilities Phobos’ zip and lockstep.

So, this is a most basic binarization, based on given threshold. To zip those matrices using std.range.lockstep, we first had to flatten them with mir.ndslice.topology.flattened, to construct a vector, i.e. one-dimensional array, so it can be inserted into lockstep, as classic D range.

Let’s replace std.range.lockstep with mir.ndslice.topology.zip, and see how that affects the implementation:

This one looks pretty much the same as previous one, with slight difference of utilizing mir.ndslice.toplogy.zip instead of std.range.lockstep. Also, now there’s no need to flatten slices, since mir.ndslice.algorithm.each works on multidimensional data. But if you take one more look at the signature of these two functions you’ll notice a difference in annotated attibutes:

Now, let’s compare the impact of these changes on performance by running the benchmark program. The results are as follows:

So, mir.ndslice.topology.zip gives us about 4.5x speedup. Also it is important to note this gives us interface compatible with ndslice iteration algorithms, and also gives us freedom to write nothrow @nogc @safe code!

In these two examples we’ve achieved some nice performance improvements with very little effort by using mir-algorithm suite. We have also seen the improvement could be even better if mir-algorithm solutions are applied to more complex code you might encounter in numerical library such as DCV. We would argue that every newcomer to D, having an interest in numerical computing, should take a close look at ndslice and its submodules. And, we hope this post will inspire people to give it a spin, so we would have some more projects built on top of it, growing our young scientific ecosystem in D!

Thanks to Ilya Yaroshenko, Sebastian Wilzbach, Andrei Alexandrescu and Johan Engelen for helping out with truly informative reviews! 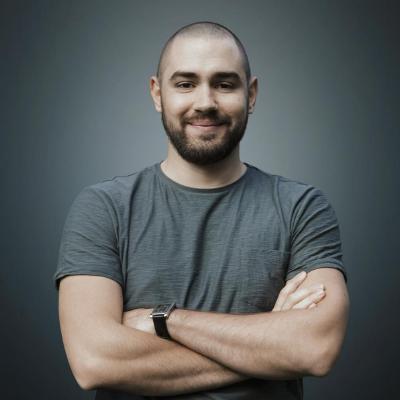